This is an ancient delicacy originating from the Mediterranean Sea. It is made from compressed fish eggs, silver mullet roe, to be exact. The roe is cured and dried to perfection using sea salt and then embalmed in a wax coating to seal in its flavor and freshness.

It costs about $200 per kilo but since it is meant to be eaten as a flavor-packed appetizer, you can buy it in lesser quantities and still enjoy generous portions.

The boutargue itself varies in color from yellow to orange to a burnished brown, though with the wax encasing it first appears as an odorless, colorless sausage. 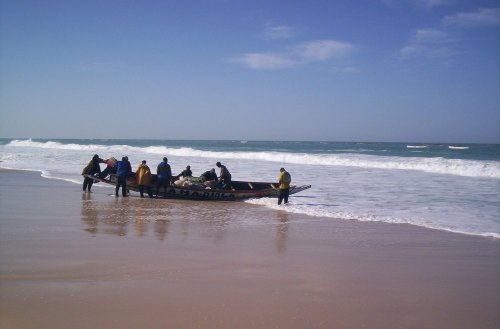 This is such an ancient dish that it dates back to the 6th Century B.C.E. when the Phoenicians imported it into Provence when they founded Marseille. Still, the Greeks, the Italians (Botarga in Italian) and the Egyptians dispute the origin of the “caviar” delicacy.

In Corsica, Boutargue is enjoyed during the Christmas season. In Italy, they like it shaved thin on their spaghetti.  In the South of France, in Martigues near Marseille, where it is the traditional dish, it is relished in thin slices, drizzled with olive oil and lime, served with green olives and crackers and accompanied by Arak, Pernaud, chilled Vodka or Fig Liqueur.