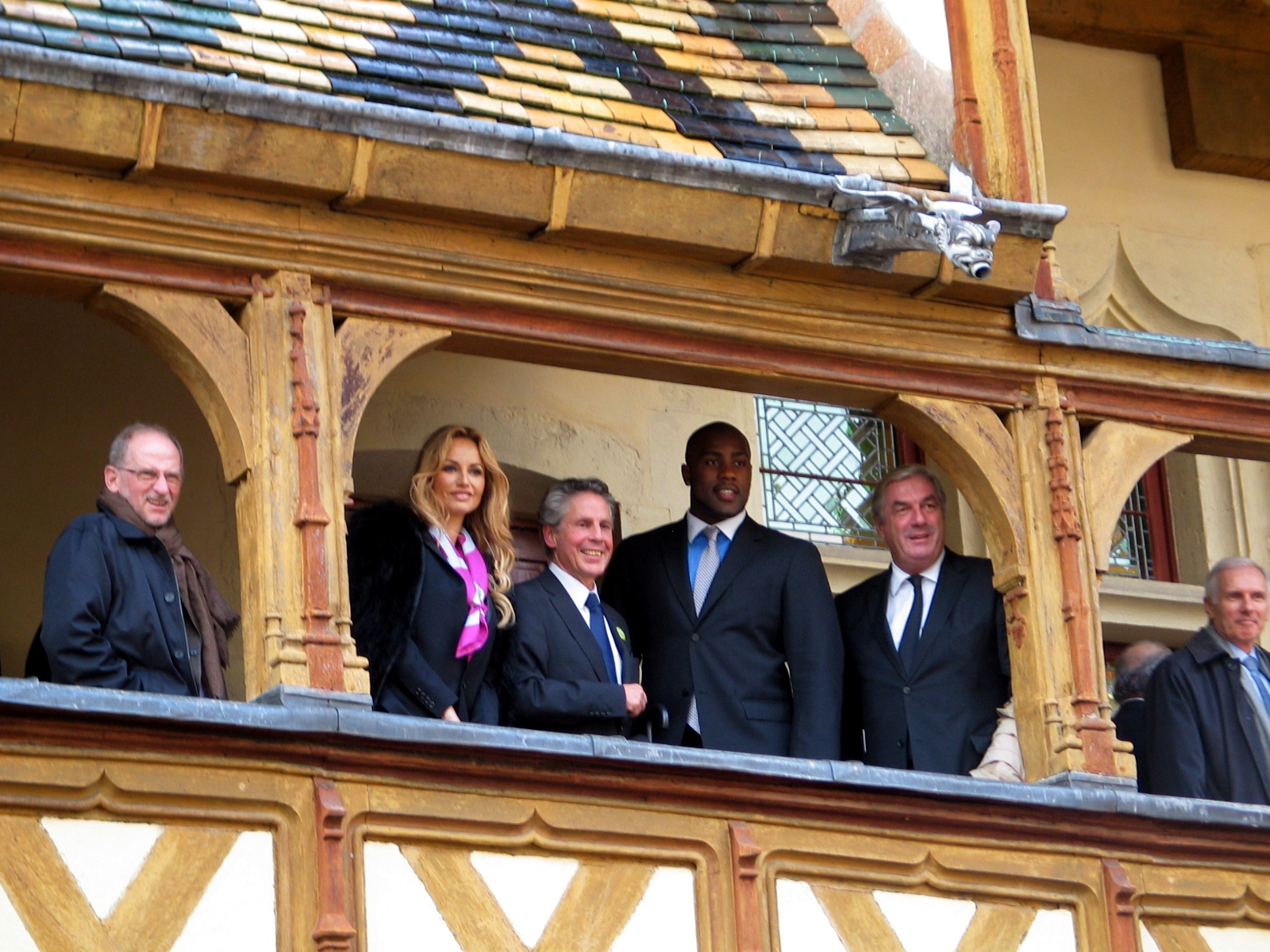 This year’s Hospices de Beaune wine auction, the celebrated annual Burgundy wine event, not only surpassed all previous record sales years, but surpassed it in spades !

Listen to my full report HERE at World of Wine on World Radio Paris.

All photos by Paige Donner copyright 2014 All Rights Reserved

The last record sale year for these iconic Burgundy wines was 2013, which saw a total record sales of €6.3 million euros.

That means that this year’s numbers represent a whopping 28% increase in total revenue earned at auction for these wines.

Listen to my full report HERE at World of Wine on  World Radio Paris.

This year, 2014, marked another record sale. And that is for the highest amount ever paid for a barrel of wine here at the century-and-a-half old traditional event.  That barrel was the Clos de la Roche, Cuvée Cyrot-Chaudron, which earned a price of €74,900 ( or $93,555 USD).

Antoine Jacquet, the Director of the Hospices de Beaune, commented that

We are very proud that a new record has been established, for the third consecutive year. The négociants (commercial wine agents) (representing 62% of the buys) were once again present on the phone, on the net and in the salesroom to bid on the 534 barrels offered, as well as private collectors (proportionally 38%).

This historic amount will permit the hospital to ensure the continued financing of the modernisations which began this year.

On a personal note (he added), I am very happy for our formidable vineyard manager and wine-maker Roland Masse who will soon leave us, after a (too short) tenure of 15 years.

AND, one of the most important and most central events during the Hospices de Beaune auction each year is the selling of one of the barrels whose entire proceeds are then donated to charity.  That barrel is called the Pièce de President or the President’s Barrel.

This year the charities chosen were the Imagine Foundation and the Toute à l’Ecole Foundation.  Each charity was represented by celebrities for the auction which were Adriana Kerembeu, a Top Model, Teddy Riner, an Olympic Athlete and Michel Drucker, a French TV personality.

This year the President’s Barrel chosen was the Corton Bressandes – Grand Cru, Cuvée des Présidents. This barrel containing 228 liters of some of the finest of Burgundy wine was bought by Maison Albert Bichot and his Canadian Friends .