Do not spoil what you have by desiring what you have not; remember what you now have was once among the things you only hoped for. Epicurus by Paige Donner © July 2020 It seems I haven’t been able to … END_OF_DOCUMENT_TOKEN_TO_BE_REPLACED 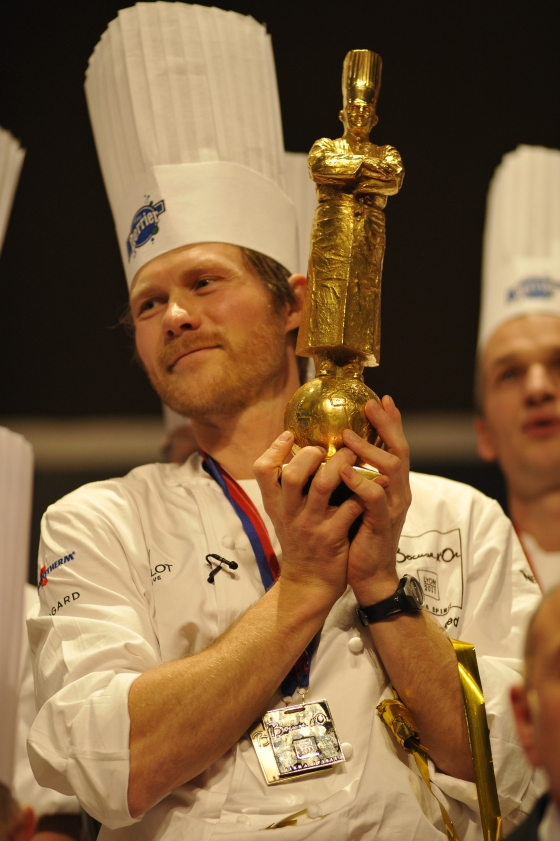 SPAIN As part of the Sirha 2011 trade exhibition, performing in dedicated contest kitchens facing the public at the heart of the brand new Paul Bocuse hall, 24 chefs from all regions of the planet took up a major challenge: that of preparing within 5.35 hours, during an extraordinary show, two perfect dishes using the official products of the Bocuse d’Or 2011: Scottish lamb for the meat dish and Monkfish, Crab and Scottish Langoustine for the fish dish.

To judge the 24 candidates, the jury was composed of 24 influential chefs who are emblematic of each country represented, under the aegis of 3 exceptional presidents:  Paul Bocuse, President Founder, Yannick Alleno, Honorary President (3* Chef at the Meurice, Silver Bocuse 1999) and  Geir Skeie, President of the International Jury (Bocuse d’Or 2009)