by Paige Donner The feast is in the first bite. I came across this phrase recently listening to a science program on the radio about how human taste buds function. Click on the Above Picture or HERE TO LISTEN TO … END_OF_DOCUMENT_TOKEN_TO_BE_REPLACED

by Paige Donner   When Life Kicks You To The Curb, Make Jumbalaya!  Recidivism, Incarceration & Cooking The season five Kick-off of Paris GOOD food+wine is all about a very particular recipe for cooking Jumbalaya. And its principal inspiration is … END_OF_DOCUMENT_TOKEN_TO_BE_REPLACED

by Paige Donner Episode 32 of Paris GOODfood+wine is all about coffee. But not just any coffee – these are two of Paris’ premier specialty coffee roasters and their passion for coffee transcends the everyday ordinary cup o’ joe… Click … END_OF_DOCUMENT_TOKEN_TO_BE_REPLACED

by Paige Donner Just when you’re starting to think about the Christmas Cakes that will be the upcoming 2017 holiday season’s stars, a little silvery-black treat comes onstage and steals the entire Parisian culinary scene. Enter Stage Left – the … END_OF_DOCUMENT_TOKEN_TO_BE_REPLACED

Of course the holiday season brings lists of gifts. And top on those lists to be found are often the family pet! : ) Made In Pet is a made in the South of France pet treat that is all-natural … END_OF_DOCUMENT_TOKEN_TO_BE_REPLACED

One of the most poetic films to come along in a long time…   Dorayakis are a sort of Japanese cake. It is two small pancakes filled with the traditional Japanese treat, sweet red bean paste, in the middle. This … END_OF_DOCUMENT_TOKEN_TO_BE_REPLACED

Author’s note: as a stunning example of the cultural communications chasm that still exists between France and the rest of the culinary world, imagine standing in a room of food and wine journalists at a chef’s book award event in France and having everyone swear to you that they’ve never heard of Zagat’s! No kidding. END_OF_DOCUMENT_TOKEN_TO_BE_REPLACED

by Paige Donner Just a few tantalizing photos… All details and descriptions to these outstanding Paris Patisseries can be found HERE at 10BEST Paris. All photos are copyright the illustrated pâtisseries. @LocalFoodWine Follow us On Tumblr * Follow Us On Twitter * Like Us … END_OF_DOCUMENT_TOKEN_TO_BE_REPLACED

Foreword from the Minister

The Fête de la Gastronomie is a festival that is not to be missed, and it will be taking place on the first day of autumn [Sept 23rd]. It will also have its own theme, uniting all the different events and initiatives taking place throughout the country. This year we have chosen Our Earth, because it generously allows us to work it, harvest its fruits, and use them for our food. Because man and earth are inseparable. More INFO

Everywhere you look there is something to do with gastronomy: in the media, in the increasingly imaginative dishes available in our restaurants…as though the whole idea were something new, whereas in fact it is no more than a tradition in a constant state of renewal, very much alive, and one that makes the most of our country’s dynamism, the foods we produce, and what we do with them. END_OF_DOCUMENT_TOKEN_TO_BE_REPLACED

posted by Paige Donner [On Local Food And Wine – Paris] 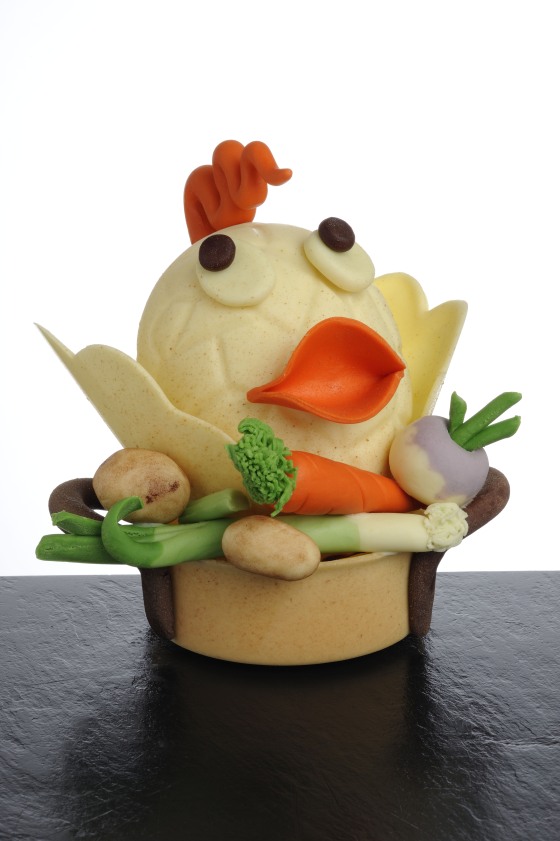 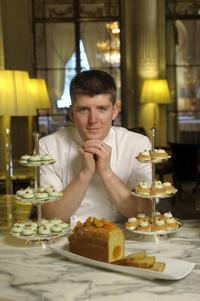 Today it is now the turn of Camille Lesecq, voted Pastry Chef of the Year, to honour the Parisian roots with a delicious and original unique idea to celebrate Easter; the “Poule au Pot”! The “Poule au Pot” was originally instituted as the national dish of France by French King Henry IVwho wished that even the most humble of french families in his kingdom could at least have a’Poule-au-Pot’ on Sundays.

The pot was a large dish hanging above the fireplace, in which families would cook whatever came into their hands, “at the luck of the pot.” This chicken, which possible originally came from the Gâtinais area of France, now appears in theprestigious kitchens of 228 Rue de Rivoli and has been given back its glamour thanks to the talented Camille Lesecq.

Colourful, imaginative and amusing; the chicken’s plump beak is an invitation to taste! The body ismade from white chocolate and is decorated with vegetables made from almond paste, which inspires lovers of French tradition as well as delights and surprises children with its playful, creative design.

Through his passion for deserts, Camille Lesecq transmits the conviviality and authenticity of french cuisine and adds a touch of subtlety, humour and glamour. The “Poule au Pot” will be available at Le Dali restaurant from Monday 18 April until 25 April 2011, priced at 29 euros.